With a long history of charity and helping people, it is no surprise that Disney has committed $1 million to launch Star Wars: Force for Change.

The original and unique approach for this campaign, though, is pretty surprising and amazing. Star Wars: Force for Change was created to help UNICEF develop creative solutions for some of the many problems that children and families in less fortunate situations face, and you can donate any amount from $10 to $50,000 to support them. In exchange, you will receive many incredible Star Wars themed limited edition memorabilia. 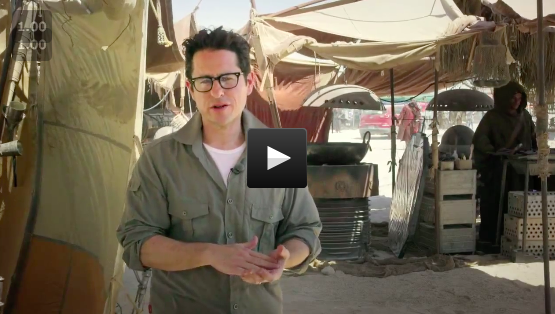 The creative part of this whole campaign is the way they decided to communicate it. You see, along with the possibility of donating money for UNICEF, Star Wars: Force for Change is working on a contest that gives you the opportunity of visiting the cast and crew of Star Wars: Episode VII while it is being filmed! Not only that, but you will have the chance to appear in the movie as an extra. Wouldn’t that be a dream come true for any Star Wars fan? J. J. Abrams also decided to make a video explaining the rules of the contest, where he also shows a Star Wars set in Abu Dhabi and a new character for the movie!